After addressing the people of Sahn Malen including local authorities, the Independent Member of Parliament for the area and the Management of Socfin Agricultural Company, President Bio proceeded to open Phase 2 of the Mill Extension at Socfin. 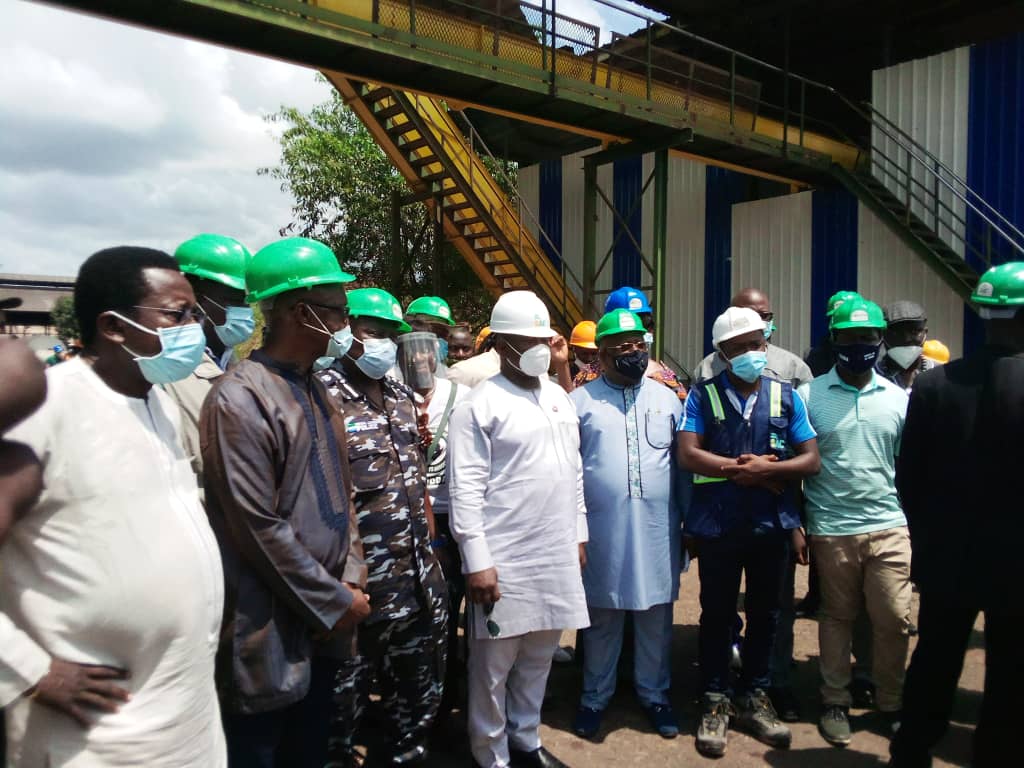 So far, Socfin has invested about US$171 million in their operations in the country since 2011.

President Bio described Socfin as a very serious company that has helped to transform the lives and livelihoods of the people of Malen Chiefdom.

The President called on the people of Malen Chiefdom to embrace and protect the investment of Socfin in their chiefdom.

One of the company’s shareholders, Gerben Haringsma described the Year 2021 as the year of peace and reconciliation in Malen Chiefdom.

Gerben Haringsma described the people of Malen Chiefdom as very hospitable and accommodating. He praised the Paramount Chief of Malen Chiefdom, BVS Kebbie for his support to the company since its inception in 2011. 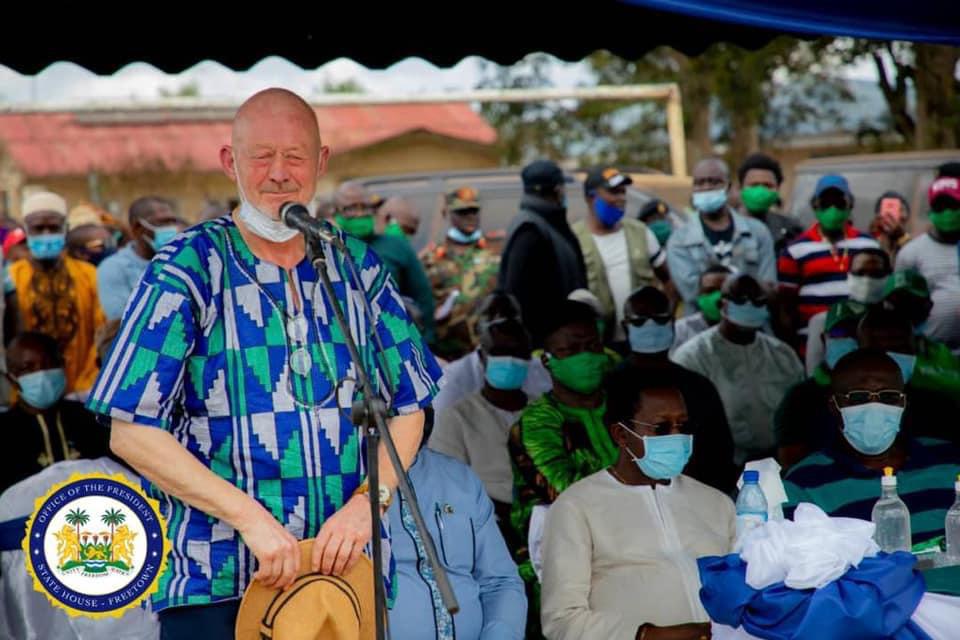 One of the company’s shareholders, Gerben Haringsm

Socfin now has an enviable friendly relationship with the people of Malen Chiefdom.

The Independent Member of Parliament for Constituency 104 in the Pujehun district, Hon. Shiaka Sama admitted that his group and Socfin have been holding fruitful discussions in order for lasting peace to rein in Malen Chiefdom.

PC Kebbie thanked President Bio for visiting his chiefdom which he described as the biggest chiefdom in Pujehun district.

PC Kebbie also praised Socfin for developing his chiefdom to an enviable level that is admired by many visitors, both local and foreign.

In 2020 alone, Socfin spent a whopping US$1 Million on Corporate Social Responsibility in Malen Chiefdom and has paid US$260,000 lease money for 12,000 planted hectares of land.

The company employs 1,554 permanent staff and up to 2,600 seasonal staff and security contractors of about 940 workers.

The company pays 24% above the Government legislated minimum wage to their employees.

Socfin has the largest and most modernized mill in the whole of West Africa.